* In case of any delay in receiving the OTP, you may verify it later. Please proceed without verification.

Your mobile number is not registered with us. Please register your mobile no.

Serving as the Capital City of Uttarakhand (earlier known as Uttaranchal), Dehradun is known as one of the oldest cities of India. Located at the base of the Himalayas, this city has excellent potential for historical knowledge and information. Dehradun has been a part of the famous Garhwal region since pre - historic times.

Getting the Name Dehradun

Dehradun got its name by the union of two words 'Dera' and 'Dun' that means Camp in the Valley. Being one of the oldest cities in the country, Dehradun owes majority of its history to Mahabharata and Ramayan. It is stated that the place got its name from 'Guru Dronacharya' of Mahabharata, as the city is also popularly known as the 'Adobe of Drona'. This is because of that fact that this legendary guru of Kauravas and Pandavas from the epic Mahabharata was born and brought up in this city. Moreover, it is also said that Lord Ram and his brother Laxman visited this city after their battle with Raavan was over.

During the 7th Century, Dehradun was initially known as ‘Sudhnagar’ as described by the Chinese traveler Huen Chang. However, later this name was changed to Kaalsi. Many believe that this city was founded and ruled by Emperor Ashoka of the Mauryan Dynasty during the 1st Century B.C. However, others believe that the eldest son of seventh Sikh Guru Har Rai, Guru Ram Rai, founded Dehradun in the eighteen century. It is said that he came to this area in 1675 and resided in a small village called ‘Dhamawala’ around which Dehradun gradually developed.

Early Rulers and Settlement in Dehradun

Mahmud of Ghazni ruled Dehradun until Taimoor Lang overthrew him in 1368. Dehradun has always been a part of the Garhwal Region, which was earlier also known as ‘Kedarkhand’. During 1400’s, Ajai Pal founded this region by conquering the entire area under the Garhwal Region along with the neighboring state of Tehri-Garhwal, which he and his successors ruled till 1803 until the Gurkhas raided Garhwal and Kumaon. However, for a brief period (1757-70), the governor of Saharanpur, Najib-Ul-Daula, ruled the city that led to its extensive development until after his death, the city was seized by the tribes of Rajputs, Gujjars, Sikhs and Gurkhas, which led to the city’s collapse. 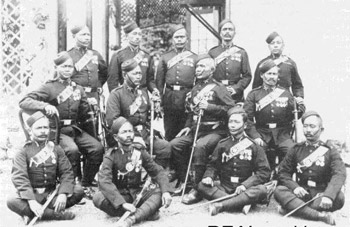 When the British took over Saharanpur in 1803, this led to a lot of conflicts between the two (British and Gurkhas) that ultimately led to the Gurkha War (also known as Anglo-Nepalese War), which lasted for a period of 2 years from 1814 to 1816. The Gurkhas were eventually overthrown at the blockade at the fort of Nalapani. 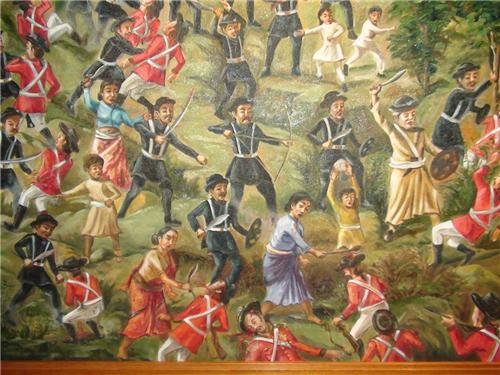 Dehradun and some parts of the Himachal Pradesh till Punjab were under Nepal for a brief period of time until the British took over after the Anglo-Nepalese War. On 2nd December 1815 (sanctioned on 4th March 1816), the Suguali Treaty was signed between the British East India Company and the Kingdom of Nepal, which meant that parts of Nepal (including Dehradun) would be given over to the British and they would have complete rights to use the services of Gurkhas for military purposes. This treat gave right to the British to possess Dehradun and the east Garhwal Kingdom, which was later known as the Garhwal District. Dehradun was initially added to the Saharanpur District in 1815 but later in 1825, it became a part of the Kumaon division of the United Provinces. After its annexation into the British Empire, Dehradun gradually started regaining its grandeur that was previously lost.

On the other hand, West Garhwal was again made a part of the Garhwal Kingdom where Sudarshan Shah (son of Pradyuman Shah) was made king of Tehri Garhwal.

The municipality of Dehradun was set up in 1867 with its first railway station built in 1900’s via Haridwar, which was previously connected in 1886 and in 1901, Dehradun had a population of about 24,039 and was a major part of India during the British Period as a section of the Meerut division of the United Provinces.

After Independence, Dehradun and other parts of the Garhwal and Kumaon Region were amalgamated into the United Provinces, which was renamed at Uttar Pradesh. However, during 2000, a new state called Uttarakhand, which was earlier known as Uttaranchal, was formed through the Uttar Pradesh Reorganization Act 2000, which comprised of all the northwestern districts of Uttar Pradesh. Dehradun was made its capital and since then this city has been continuously developing.