The capital city of Uttarakhand with it's pleasant climate throughout the year, makes it a very popular tourist destination in India. Moreover, this picturesque hill resort is also known for its various spiritual places and one can take many religious tours in Dehradun according to their convenience. The numerous temples in Dehradun make it a very popular place among pilgrims.

This temple is dedicated to Lord Shiva and is located in the Garhi Cantonment Area, around 5.5 kilometers from Dehradun’s city center. Literally meaning ‘Dripping Shiva’, this name was given to the temple due to a stream of water continuously dripping from the ceiling to the top of the Shivling. According to the legend, Lord Shiva made milk pour from here for Dronacharya’s son, Ashwathama. Thousands of people visit this temple every year during Shivatri to participate in the Tapkeshwar Mela dedicated to Lord Shiva. 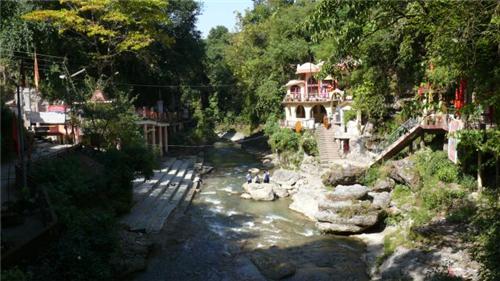 Located about 12 kilometers from Dehradun, Laxman Siddh Temple is famous for its picturesque surroundings. Legend has it that this temple is built in the same place where Laxman endured penitence for killing Ravana. One of the major attractions of this place is the annual Laxman Siddh Fair, which is visited by thousands of devotees every year. Visitors can only reach this temple by foot.

The term ‘Mindrolling’ in Tibetan implies ‘Place of Perfect Emancipation’. This monastery was established by Rigzin Tendak Lingpa in 1676 and is one of the most significant monasteries in Dehradun. Renowned for its architectural beauty, this monastery is among the largest Buddhist Viharas in India. This place is especially known for its 185 feet tall Stupa that was built for World Peace. Moreover, this place also has a spiritual school, which is among the major schools for Buddhist monks. 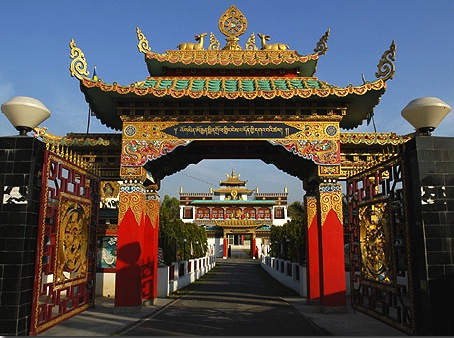 Situated about 12 kilometers from Dehradun, Chandrabani Temple is located amidst the Shivaliks. It is believed that this place was once home to the great sage Gautam and his daughter, where he meditated for many years. Also known as Gautum Kund, many devotees come here to take a dip in this kund, which is believed to be the place where Holy River Ganga was originated.

Built in 17th Century, Ram Rai Gurudwara is one of the oldest Gurudwaras in Dehradun. The seat of Guru Ram Rai, Durbar Sahib, was painted in three stages - from 17th Century to 19th Century. The walls depict luxuriously decorated painting based on a range of subjects including Mahabharata, Gita, Krishna Leela and Ramayan. The Archaeological Survey of India has taken up responsibility to preserve these painting describing our country’s most important events. Every year, five days after Holi, an annual festival is held, which is attended by thousands of tourists. 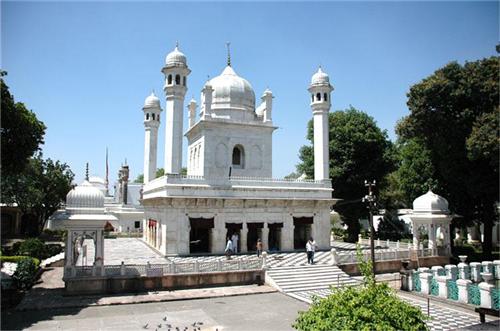 Located on the Rajpur Road, about 8 kilometers from Clock Tower, Sai Durbar Temple is very popular among various devotees. Constructed entirely out of Marble, the interiors of this temple are decorated with various beautiful paintings that are made using several colors.

Surrounded by a picturesque landscape, Tapovan is very popular among various devotees and picnickers. It is located on the banks of Ganges, about 5 kilometers from Dehradun via Rajpur Road. According to a popular belief, it is said that Guru Dronocharya completed his penance over here.

Nestled away from the busy Rajpur Road in Dehradun, St. Thomas Church was constructed in 1840. Legend has it that this was the place where St. Richard Cliffard was baptized in 1940. Nearby to this church, exists another popular church in Dehradun, namely, St. John Evangelist Church, which recently turned 100 years. These two churches played a significant role in the lives of British officials and soldiers posted in India. The roof of St. Thomas Church is made out of Salwood especially obtained from Dehradun jungles, so that the roof does not leak during the heavy monsoon season, which it has not since the church was built.

Located near the Paltan Bazaar in Dehradun, Jama Masjid is one the most popular mosques in the city. It is particularly famous for its iftaar parties where both the young and the old celebrate the last Friday of the month of Ramazan with a lot of zest and fervor and pray for peace and prosperity.