Temperate climate, beautiful scenery, lush greenery, good budget hotels are just some of the many things that make Dehradun an attractive tourist destination. Dehradun is visited by thousands of tourists every year, making it one of the most popular holiday spots among vacationers. From historic temples and renowned institutions to various adventurous activities like trekking, Dehradun has it all.

Forest Research Institute (FRI)
Established in 1906, Forest Research Institute is extended over an area of 2000 acres. It is situated northwest of Dehradun on the Kaulagarh Road. The major attraction of this institute is its majestic building that is built in a Greco Roman style. The building has 6 museums related to social forestry, pathology, timber, silviculture, entomology and non-wood forest products. Apart from that, the institute also has a Botanical Garden, which is very popular among tourists for picnics. 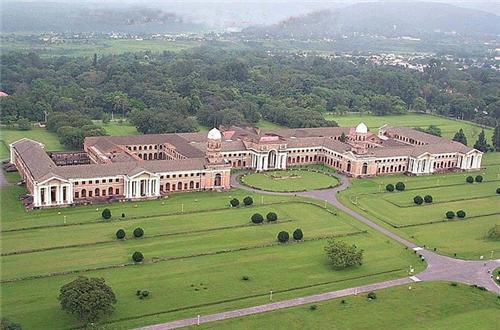 Robbers Cave
Locally known as ‘Guchu Pani’, this place is located 8 kilometers from Dehradun city center. It is one of the most popular tourists spots in Dehradun, especially for family picnics. The cave is about 600 meters long, which is divided into two main parts. It is believed that during the British Regime, robbers used to hide in this cave to protect themselves from the British, hence the name Robbers Cave. This place is particularly famous for its extraordinary phenomenon inside the cave, where a stream of water abruptly disappears and comes into sight again after a few meters.

Tiger Falls
It is situated about 5 kilometers from Chakrata by foot. Tiger Falls is a beautiful waterfall, falling from an altitude of about 50 meters, making a small pond at the base that is surrounded by an enchanting forest. Located northeast of Chakrata, Tiger falls is one of those few waterfalls that are still untouched by commercialization. Peaceful surroundings, gushing water and a captivating environment are the things that make Tiger Falls a perfect holiday outing. 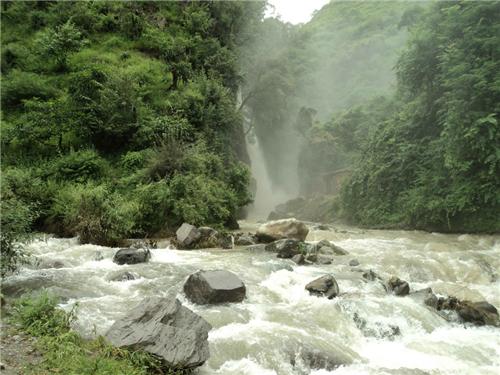 Clock Tower
Locally known as ‘Ghanta Ghar’, this place is the commercial center of Dehradun city. Located on the Rajpur Road, it is one the most famous tourist spots of Dehradun that was built before independence. Even though the Clock Tower is not functional currently, however, during the British Regime, it was said that the chime of the clock could be heard many kilometers beyond the surrounding commercial center.

Wadia Institute of Himalayan Geology
Established in 1968, Wadia Institute of Himalayan Geology is an independent research organization of the Department of Science and Technology. Currently, the institute houses 61 scientists, 65 technical workers, 40 research students and 76 administration and supporting personnel. Additionally, the institute also has a library consisting of 25,000 books, monographs and journals on geology. In the recent years, this institute has become a symbol of excellence in Himalayan Geology and is also known as the national laboratory of international recognition with well-fitted laboratories and other various state-of-the-art infrastructural facilities. 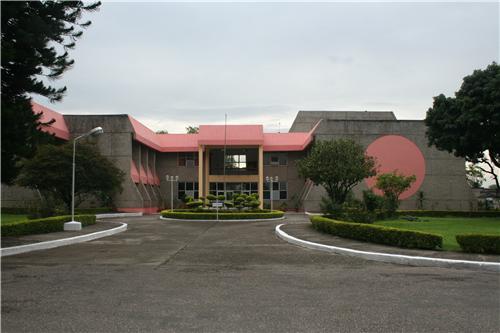 The Statue of Buddha
Another popular tourist attraction of Dehradun is the grand statue of Buddha dedicated to the great Dalai Lama. The statue is about 103 feet high and is surrounded by a lovely garden with a wide variety of vibrant flowers. Hundreds of visitors from all parts of the world come everyday to pay their respects to this proponent of peace.

Indian Military Academy (IMA)
The Indian Military Academy became functional from October 1932. It is situated on the Dehradun-Chakrata road, about 8 kilometers from the city center. The institution has many attractions within the academy that attract several tourists such as the Museum, War Memorial, 18 Holes FRIMS Golf Course and Shooting Demonstration Room. Holiday in Dehradun cannot be completed without visiting this renowned institution. 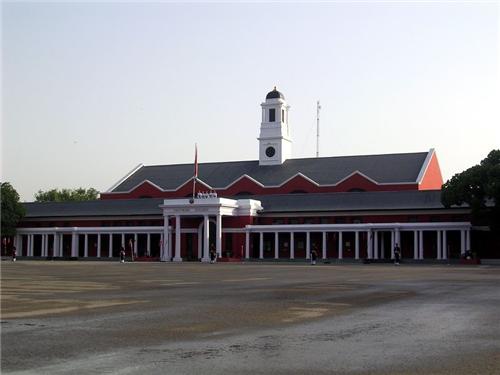 Paltan Bazaar
Paltan Bazaar is one the most popular shopping destinations in Dehradun that is famous among both locals and tourists. Items such as Basmati Rice, exquisite antiques, wooden handicrafts are sold here at a very reasonable price. Bamboo and Wooden products are also sold here.

Fun and Food Kingdom
Located in Prem Nagar, about 11 kilometers from the Clock Tower, Fun and Food Kingdom is the first Amusement and Water Park of Dehradun. Filled with many thrilling water rides, Wave Pool and other water activities, this place has become a famous destination among both tourists and locals. In addition, there are many great restaurants and eating outlets inside the park with various recreational and entertainment activities, all at a very reasonable price.

Lachiwalla
Lachiwalla is one of the most famous picnic spots in Uttarakhand, which is located on the Haridwar-Rishikesh road, about 22 kilometers from Dehradun. Situated along the banks of River Song, Lachiwalla has many activates such as boat rides, which are popular among both children and elders. 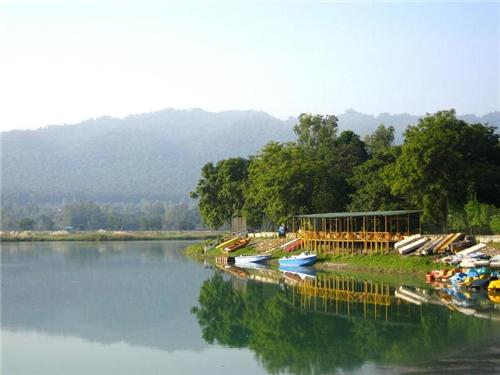 Asan Barrage
Situated 50 kilometers from Dehradun, Asan Barrage is formed at the union of two rivers – Asan and Yamuna. This place is home to over 66 species of birds and therefore, it is very famous among nature lovers and bird watchers. To preserve these endangered species, the Asan Conservation Reserve has been established. Moreover, Asan Barrage is also known as the water sports center of Dehradun as it offers many water activities like water-skiing, sailing, kayaking, pedal and motor boating to its visitors.

Kalsi
Located at the union of Yamuna and Tons, it is about 56 kilometers from Dehradun city. This place is very famous for its breathtaking view of the Doon Valley. Many visitors come to this place for a peaceful outing or for some recreational activities with friends and family. It is believed that during the 3rd Century BC, Kalsi was the furthest point that was under the rule of the great Mauryan Emperor – King Ashoka. This place is also known for its rock edict of Ashoka. 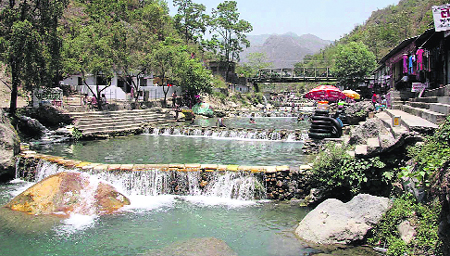 Sahastradhara
Also known as the ‘Thousands Fold Spring’, Sahastradhara is located about 14 kilometers from Dehradun, near Rapur Village. Having a depth of 9 meters, Sahastradhara is a magnificent spring that is very popular among tourists. Due to the presence of Sulphur in the water, it is said that this spring has great medicinal value. Moreover, the exquisiteness of this spring is enhanced due to the adjoining caves and Baldi River. The lime in the water of the spring adds to the formation of the caves. Because of its picturesque view and medicinal properties, Sahastradhara attracts a large number of tourists.